Click here for the most current updates for Restaurants, Shops, Things to Do, Hotels, Events and Vacation Rentals.

Marshes Light is a well-planned condominium and single-home development that was designed to respect the historic look and feel of the Town of Manteo that it's located in the middle of. It's named for the Roanoke Marshes Light, a reproduction of a screw-pile lighthouse that once stood as an aid to navigation in the Roanoke Sound. Today the lighthouse is a sentinel and attraction that sits on the waterfront boardwalk that links Marshes Light to Manteo's downtown. The condominiums here are gracious in size and all have fabulous water views. Options are units with three bedrooms that sleep six or units with two bedrooms that accommodate four. This development is a good choice for vacationers with boats as several of the units offer dockage. Other calling cards for Marshes Light are the amenities in every condo: WiFi, elevator access, high-end kitchens, washer/dryer, covered porches with private balconies and tall ceilings. Several units also allow pets, and Pirate's Cove has no extra charge for Fido. You're literally a short stroll on the boardwalk to Manteo's waterfront area that is known for its shops, attractions, restaurants, wandering bike paths and restored historic homes.

4th of July Giveaway! Win a $50 Gift Card and Enjoy Your Favorite Mexican Restaurant in the OBX 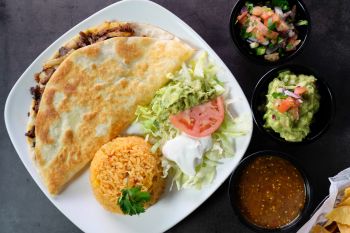